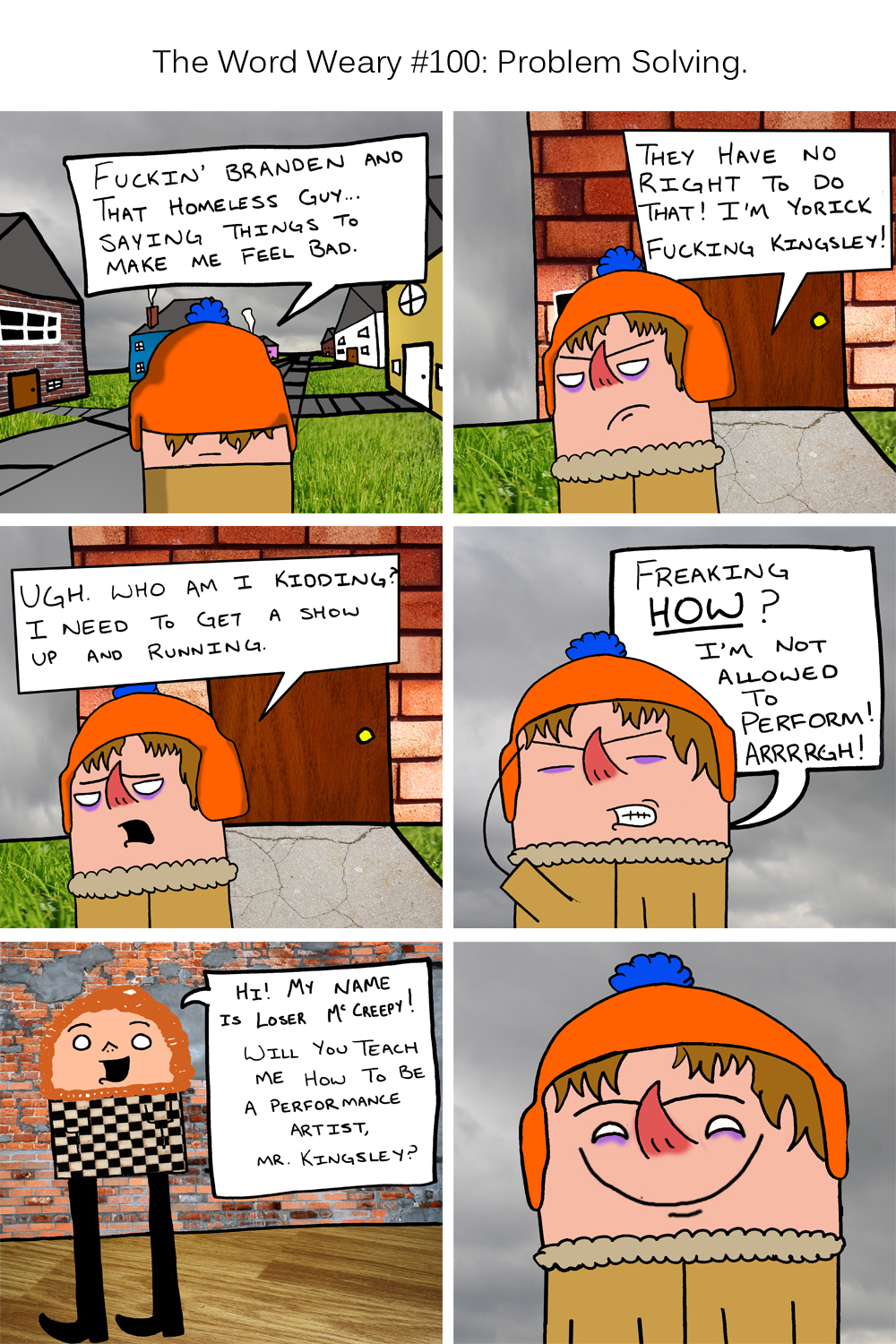 
Dude... the comic came SO close to going on a temporary hiatus last night. I was going to start coloring the comic after I got home so I made myself some dinner and turned on my computer... and the monitor wouldn't come on. Computer was working like a champ, the monitor... oy, I cannot afford to buy a new monitor right now and it would've taken a little while for me find one. Luckily for you guys (and me- this comic is the only thing keeping me sane) I refuse to throw anything that works away. In the back of my closet I still had the monitor from the computer my father bought the Christmas before he died. So this comic and all subsequent ones are brought to you by a 16-year-old monitor that weighs more than my tower! It's sort of nice though- working with it makes me feel like he's still looking out for me. (D'awwwwwww...)