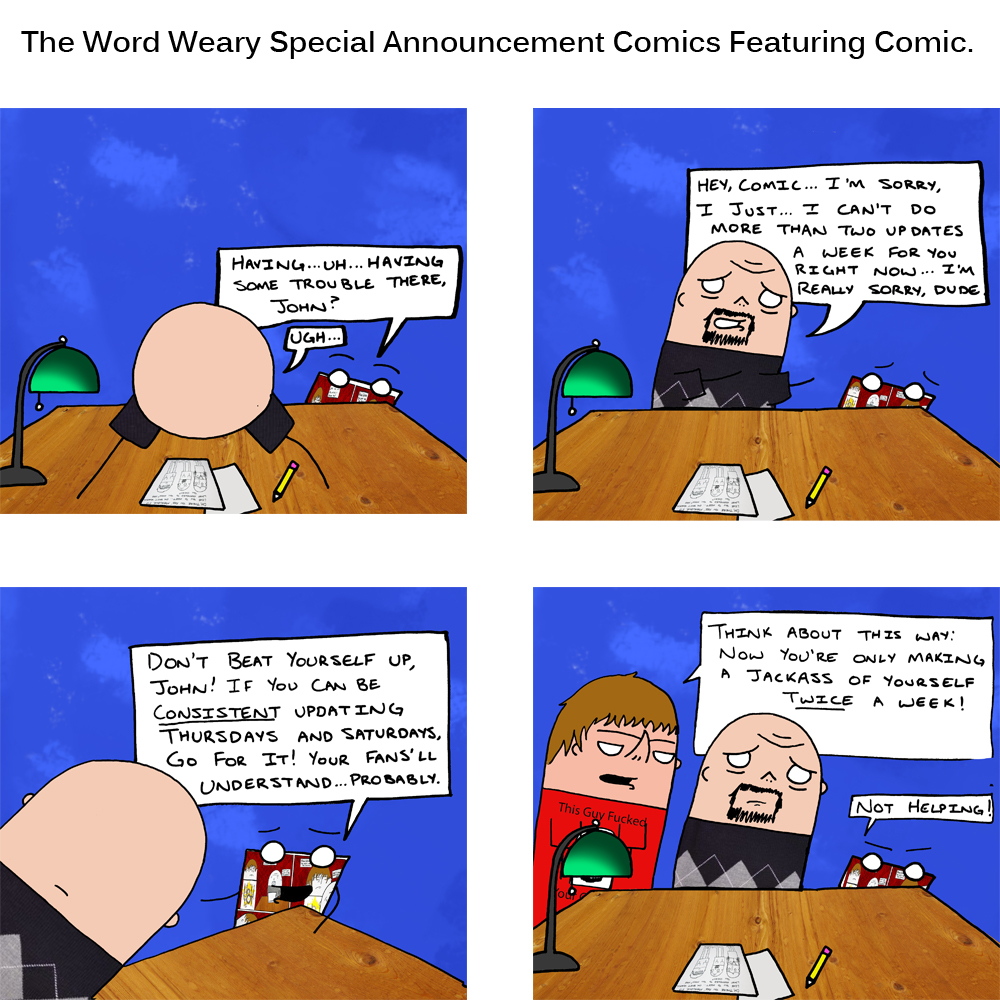 Oy... I've been fighting it for a long time, but I finally had to admit to myself that three comics a week was too much for me to handle right now with everything else going on right now. I was all like, "dude, when I started I was pretty good about keeping the schedule up," but Reality was all like "yeah, and since October your schedule has been erratic because you're having a long nervous breakdown, asshole."
So I says to Reality, I says "It's okay! I have enough time to go crazy AND do three comics!"
Reality responded, "John... seriously, be more like me, be more realistic."
"Why? I hate you."
"I'm just saying. You've lost a few fans by being inconsistent. I think they'll appreciate you being honest with them and with yourself."
So I demurred. For the time being, the comic will be updated Thursdays and Saturdays. If I do manage to get three done I'll just do a double update one of those two days.