OH MY GOD, IT'S THE WORD WEARY GUEST COMIC WEEK.
Next up we have a submission by Mona Frye!

Hi, John! My name's Mona Frye and I've been reading your comic for a few months now. I think its really funny and you have a genuine talent for comedy. I'm writing because I find it strange that you keep making such a big deal about writing female characters. We're really not that difficult to write. But a couple of your comics just seem like you're trying too hard. Don't worry so much about it!

Thanks for writing! I'll to relax a little bit when I write women. If you'd like to take a stab at the comic, I'm accepting guest comics right now. Care to show me how I should be writing women?

I'm not really much of an artist, but I'd be happy to give it a shot! 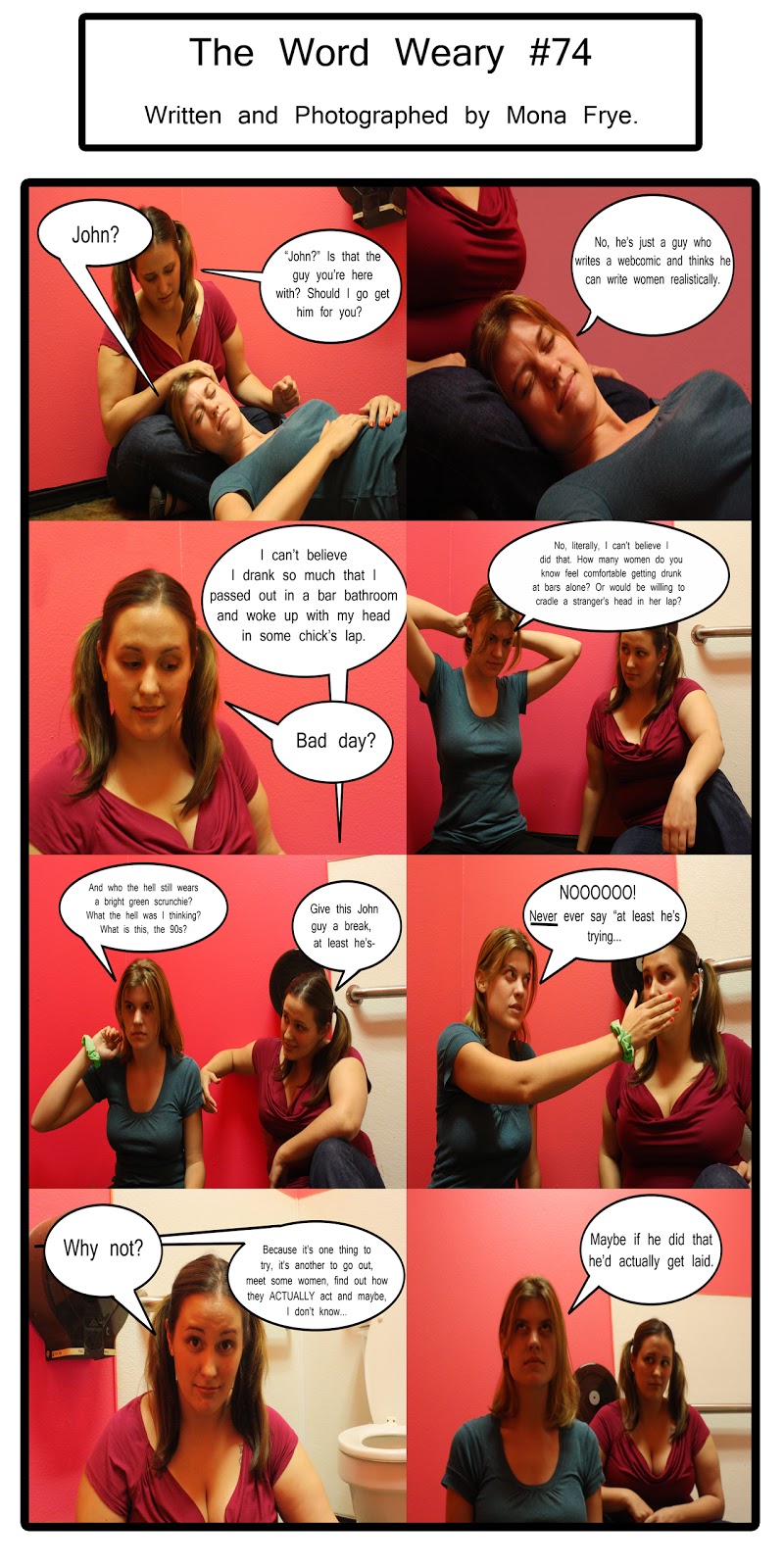 
Update 6 October: I have yet to hear back from Ms. Frye.

ALSO, SOME NEWS: I've been researching getting the first 79 comics published in print, but I'm not sure how much interest there would be in doing so. Right now it looks like the book would be 130 pages and comprise all of the first 79 issues (some of them redrawn and the lettering corrected), reordered slightly to make the story flow a little better. I would also throw some extra comics in there for teh lulz. If you're interested, you can vote on the Facebook page, leave me a comment or just send me an email at untitledirishpiece at gmail dot com!